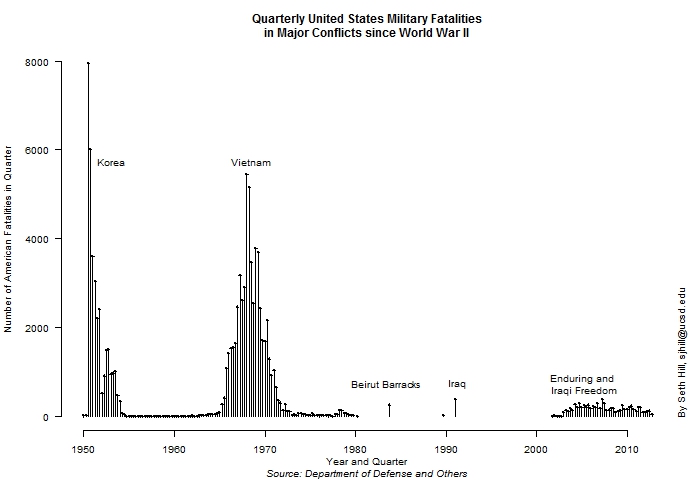 I compiled from a variety of sources the numbers of American casualties by quarter in major United States conflicts since World War II. The effort was undertaken as part of another project, but I found this graphic interesting enough to post on its own. Of note for me are the amazing number of fatalities suffered in Korea and Vietnam when compared to Operation Iraqi Freedom today.

The holes from 1980 forward are not necessarily indicative of zero fatality counts, but rather the data on the web for non-major conflicts are less available. Excellent records of Vietnam and Korean fatalities can be found at the National Archives , and the Department of Defense has good records for post-2000 conflicts.

Note: Data updated in February, 2013 to include fatalities through quarter 4, 2012 from icasulaties.org .